In ancient Greecian times the Gorgons were three very proud and vain but good witches each with the power to turn others into statues. They fought demons and warlocks and other evils, but they let the power go to their heads. They offered protection to their subjects as long as they were given worship and gifts in exchange. It grew to the point that the Gorgons started to usurp the power of the Greek Gods, declaring themselves better and more beautiful. As punishment, Athena, Aphrodite, and Hera transformed the sisters so that they would never be able to view themselves in a mirror lest they be turned into stone. The sisters grew to have hideous faces and snakes for hair. In modern times Gorgons are vigilante beasts that, like the furies, punishes evil's as it suits them. Though they may appear hideous, Gorgons crave worship and recognition. If a prideful witch is bit by one of the Gorgon's snakes, they in turn will become a Gorgon. 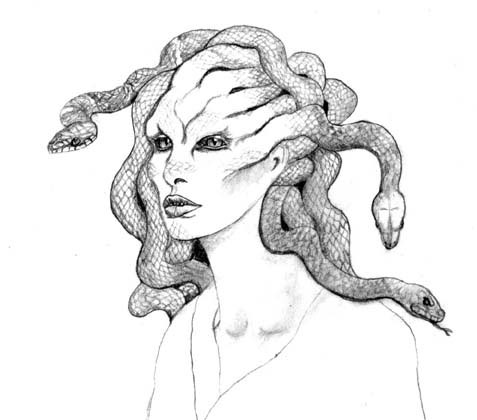 Gorgons have the power to petrify. To reverse such power:

Spirits on High
I call on you
To gather here
And help undo
That which wrought
This witch in stone
Revive her now
As flesh and bone.

Katy Perry-Who Am I Living For? with lyrics
1099 views - 0 comments